For their resolute struggle for the realisation of democracy and human rights in Belarus.

Ales Bialiatski is a human rights activist in Belarus, leading an almost 30-year campaign for democracy and freedom. In 1996, he founded the Minsk-based Human Rights Center “Viasna” to provide support for political prisoners. It has since become the country’s leading non-governmental organisation contributing to the development of the civil society in Belarus through documenting human rights abuses and monitoring elections.

Since the mid-1980s, Ales Bialiatski has led a nonviolent and nonpartisan campaign to ensure that democratic freedoms and a vibrant civil society are established in Belarus. As an active member of the national human rights movement, Bialiatski has been arrested and spent several years in prison on trumped-up charges, as Belarusian authorities tried to impede him. The government has also frequently targeted Viasna and its members.

However, Bialiatski and Viasna’s persistent and long-standing efforts to empower the people of Belarus and ensure their democratic rights have rendered them an unstoppable force for freedom. During pro-democracy protests, including the recent large-scale demonstrations in the aftermath of the fraudulent 2020 presidential elections, Viasna has been playing a leading role in advocating for the freedom of assembly, defending the rights of people arrested for protesting and documenting human rights abuses.

Under the authoritarian rule of Alexander Lukashenko, Belarus has for decades been plagued by severe human rights violations, and political freedoms are heavily restricted in the country. Through their commitment to democracy and freedom, Ales Bialiatski and Viasna have laid the foundations of a peaceful and democratic society. 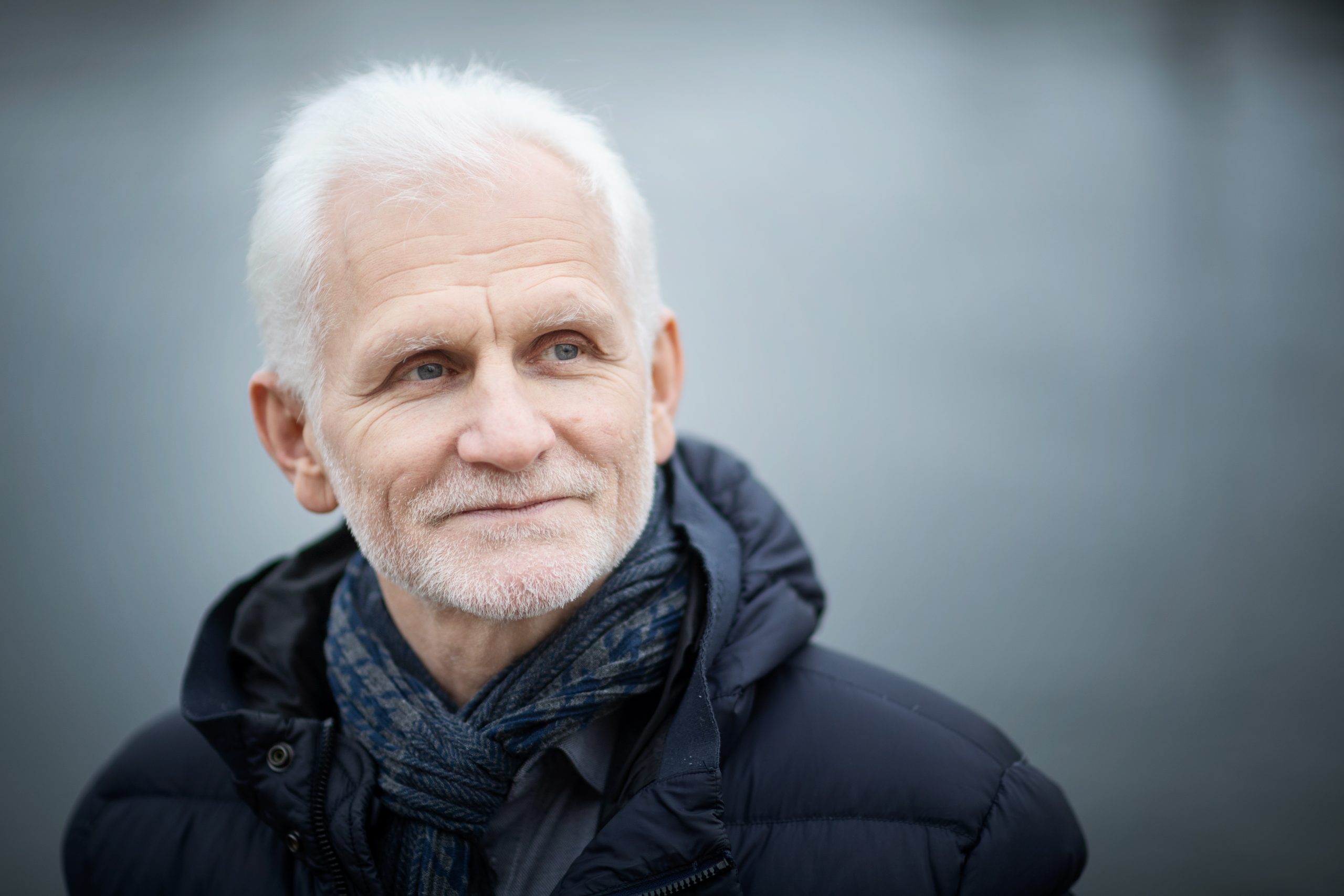 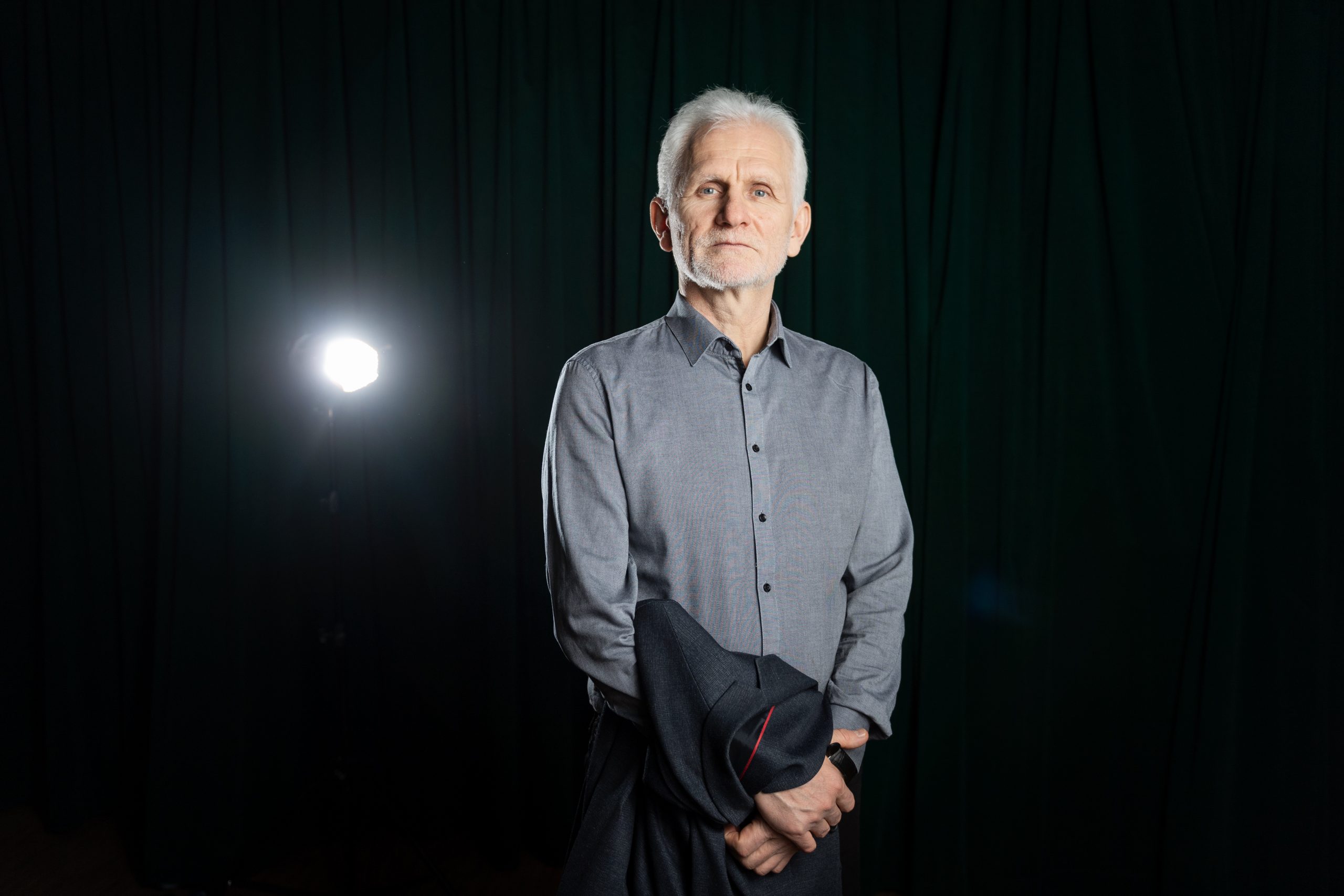 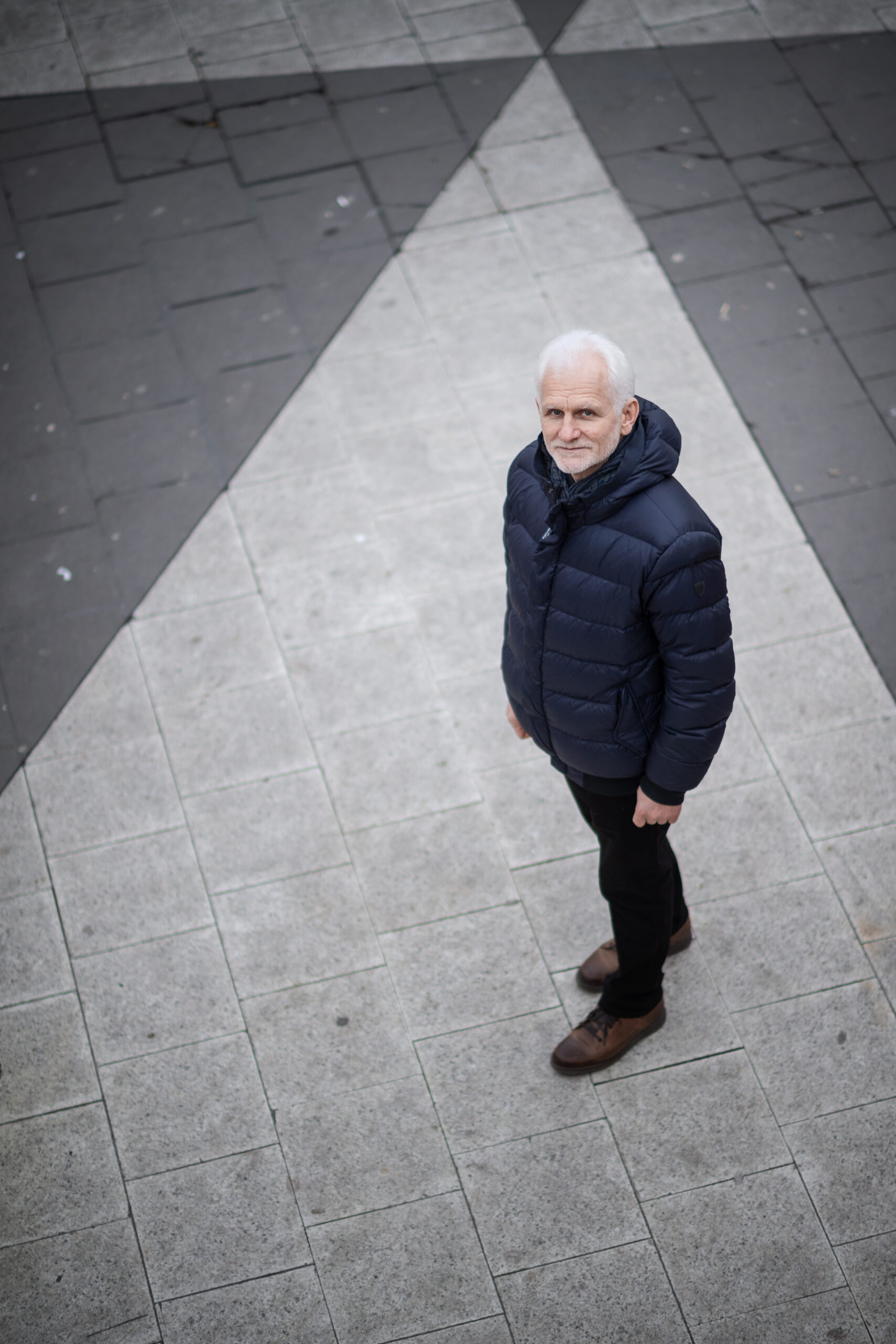 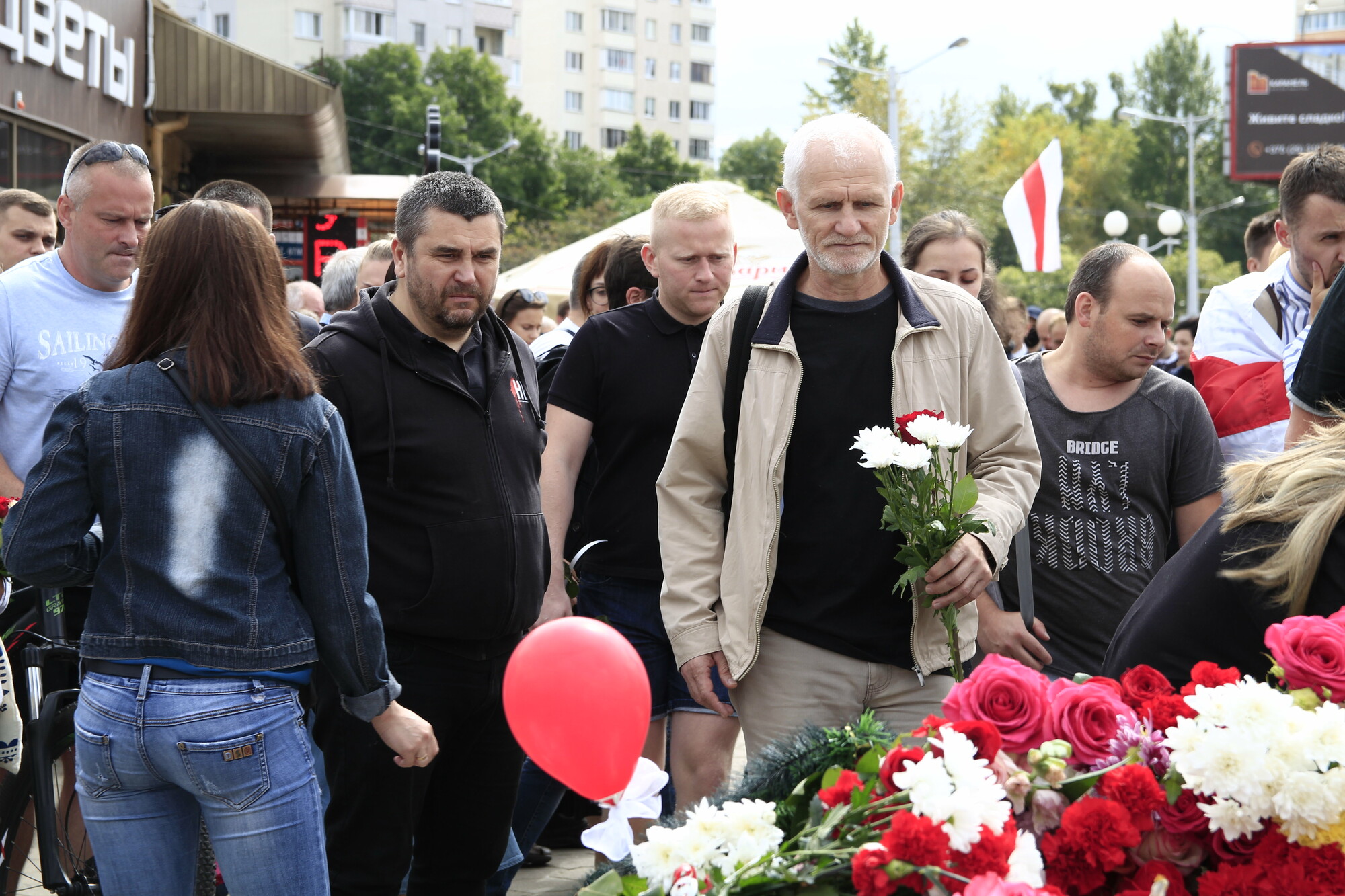 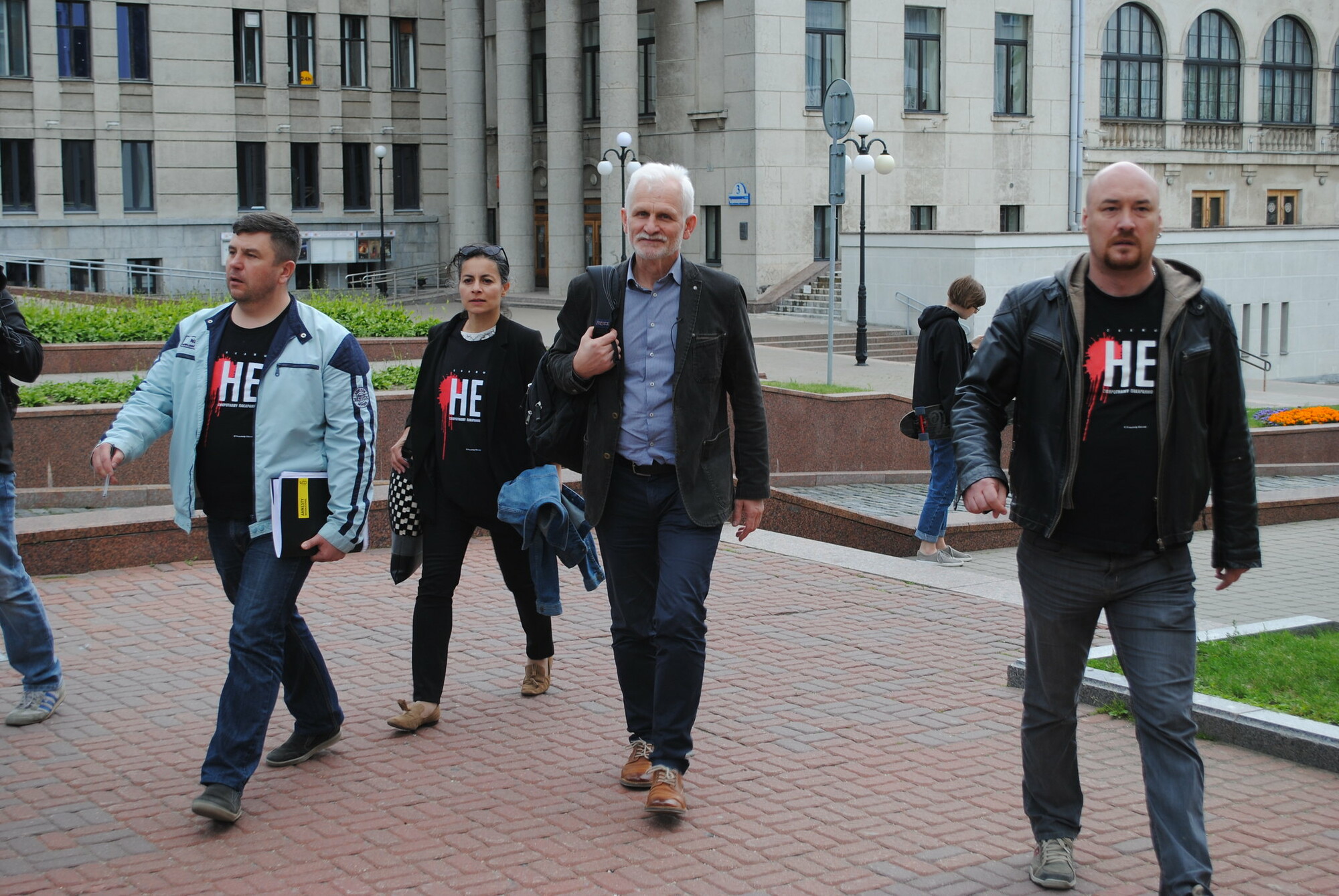 Advocating for freedom and human rights

Belarus is often referred to as “Europe’s last dictatorship." This reputation stems from Alexander Lukashenko’s authoritarian rule under which elections are rigged, opposition voices are silenced, and civil society is severely restricted.

Since the mid-1980s, Ales Bialiatski has been at the forefront of the pro-democracy movement in the Byelorussian Soviet Socialist Republic, and subsequently independent Belarus. In 1988, he co-organised a series of public actions to commemorate the victims of Soviet political repression, for which he was arrested and punished by administrative fines.

In 1996, during mass protests of the democratic opposition in Belarus, Bialiatski co-founded the Human Rights Center “Viasna” and has been its chairperson ever since. Viasna has grown into a national non-governmental organisation with its central office in Minsk and regional organisations, with around 200 members in the majority of Belarusian cities.

The price of challenging the regime

Since its inception, Viasna has been relentlessly persecuted by the Belarusian authorities, which has seen its members subjected to repeated arrests, detention, beatings, raids and fines. On October 28, 2003, the Belarusian Supreme Court baselessly cancelled the registration of Viasna for its participation in the observation of the 2001 presidential election. The organisation has continued its work regardless.

As a result of his activities in support of democratic action, Bialiatski has also been targeted by the Belarusian authorities, having been arrested more than 25 times, subjected to fines and administrative penalties.

In 2011, he was arrested on trumped-up charges of tax evasion and subsequently sentenced to 4.5 years in prison. Independent observers and international organisations roundly condemned the trial and sentencing as politically motivated in retaliation for his human rights work. Then-UN Special Rapporteur on human rights in Belarus Miklós Haraszti described Bialiatski’s detention as “a symbol of the repression against human rights defenders.” Bialiatski’s time in prison was characterised by severe restrictions, lengthy periods of solitary confinement and being denied social contacts. He was eventually released in June 2014, after spending 1,052 days in prison.

Despite enduring such inhumane treatment, Bialiatski has never ceased in his dedication to promoting democratic principles and human rights in Belarus. Upon his release, he returned to lead Viasna and has since played a leading role in Belarusian civil society during one of the most tumultuous times in its recent history.

Paving the way to democracy

In a country with such a restrictive space for civil society, concrete results can be hard to come by. Even still, Viasna has been able to distinguish itself as the leading voice for human rights and democratic freedoms in the country. Together, Bialiatski and Viasna have played a fundamental role in supporting and bolstering civil society in the country, working closely with local NGOs as well as international groups.

Their consistent reporting and documentation, coupled with their visibility in independent media, have brought the issue of human rights violations to the wider Belarusian public. This shift in public awareness has been observed in the increasing number of popular demonstrations occurring in the country over the last decade. The regime’s shift from a form of “soft repression” towards violent crackdowns has also been thoroughly documented by Viasna, notably through their exhaustive list of political prisoners in the country.

One of the organisation’s lasting achievements has been its successful UN lobbying, which led to the creation of a Special Rapporteur on human rights in Belarus in 2012. As a result, human rights abuses documented by Viasna have been raised at the highest international fora, and Belarus’s compliance with international standards can be scrutinised. As Belarus is not party to the European Convention on Human Rights, UN mechanisms remain the only way in which judicial assessments of the country’s human rights record can be carried out.

Viasna has also been a strong opponent of the death penalty in Belarus, the last European country to carry out the punishment. Sociological surveys have shown public opinion on its use has been shifting towards abolishment and it has now become a regular feature of discussions on the human rights situation between Belarusian officials and their European counterparts. Viasna engages with European countries and international organisations in providing monitoring on the ground and conducting international advocacy at the UN. They have also engaged with state authorities on the matter to defend those sentenced to death, presenting arguments and exchanging information with government agencies on the issue of the death penalty.

The 2020 President Election and subsequent demonstrations

The country’s fraudulent 2020 presidential election, subsequent nationwide protests and strikes, and the regime’s crackdown on peaceful protesters have shined a light internationally on the dictatorial practices of the Belarusian state. Thousands of protestors have been detained, and Viasna has documented the widespread use of torture by the authorities. During the election, Viasna was a leading member of the monitoring group “Human Rights Defenders for Free Elections.”

Following the 2020 presidential election, Bialiatski became a member of the Coordination Council, established by opposition members and encompassing civil society figures and other prominent Belarusian individuals. The Council has been the primary domestic force in denouncing the crackdown on peaceful protestors and calling for the respect of international standards for free and fair elections.

While the outcome of the 2020 demonstrations remains to be seen, it is clear that Ales Bialiatski and Viasna continue to play a central role in the struggle for democracy and human rights in Belarus.