For his outstanding work with local communities and indigenous people to protect the environment and natural resources.

Raúl Montenegro is an environmentalist from Argentina who has worked to protect natural areas and people’s living environments from pollutants and destruction. Despite working on a broad scope of issues, his working method often relies on generating media coverage, utilising scientific knowledge and involving judicial processes.

As a promoter of social awareness and participation, he has been a familiar figure on Argentine TV and radio for 20 years with programmes on environmental education. For 5 years, he wrote a weekly column on ecology in one of the prominent weekend newspapers. With a past as a researcher and as a government official, he has dedicated his life to activism and teaching. In 1982, he created the Environment Defence Foundation (FUNAM). In 1985, he became a professor on Evolutionary Biology. He keeps both of these positions even today.

In 2003, Montenegro joined indigenous groups in their struggle against logging and mining companies. Living with the Mbya Guaraní (in the Argentine province of Misiones), he helped map their land and biodiversity needs. Having documented their customary use of the territory, he joined their fight for rights in the courts, providing critical reports for the restitution of ancestral indigenous lands. After years of legal battle, more than 10,000 hectares in the Yabotí Reserve and Kuña Pirú Valley were recognised as indigenous lands.

Raúl Montenegro is an Argentine biologist and university professor working on protecting the environment in close connection with its inhabitants. Linking activism, academia, law and media, he has taken part in a diverse range of urgent environmental issues in his country and beyond. Mining, nuclear power, deforestation, agriculture, indigenous lands’ rights and waste disposal are among the topics that he and FUNAM – the foundation he created – are deeply involved with. 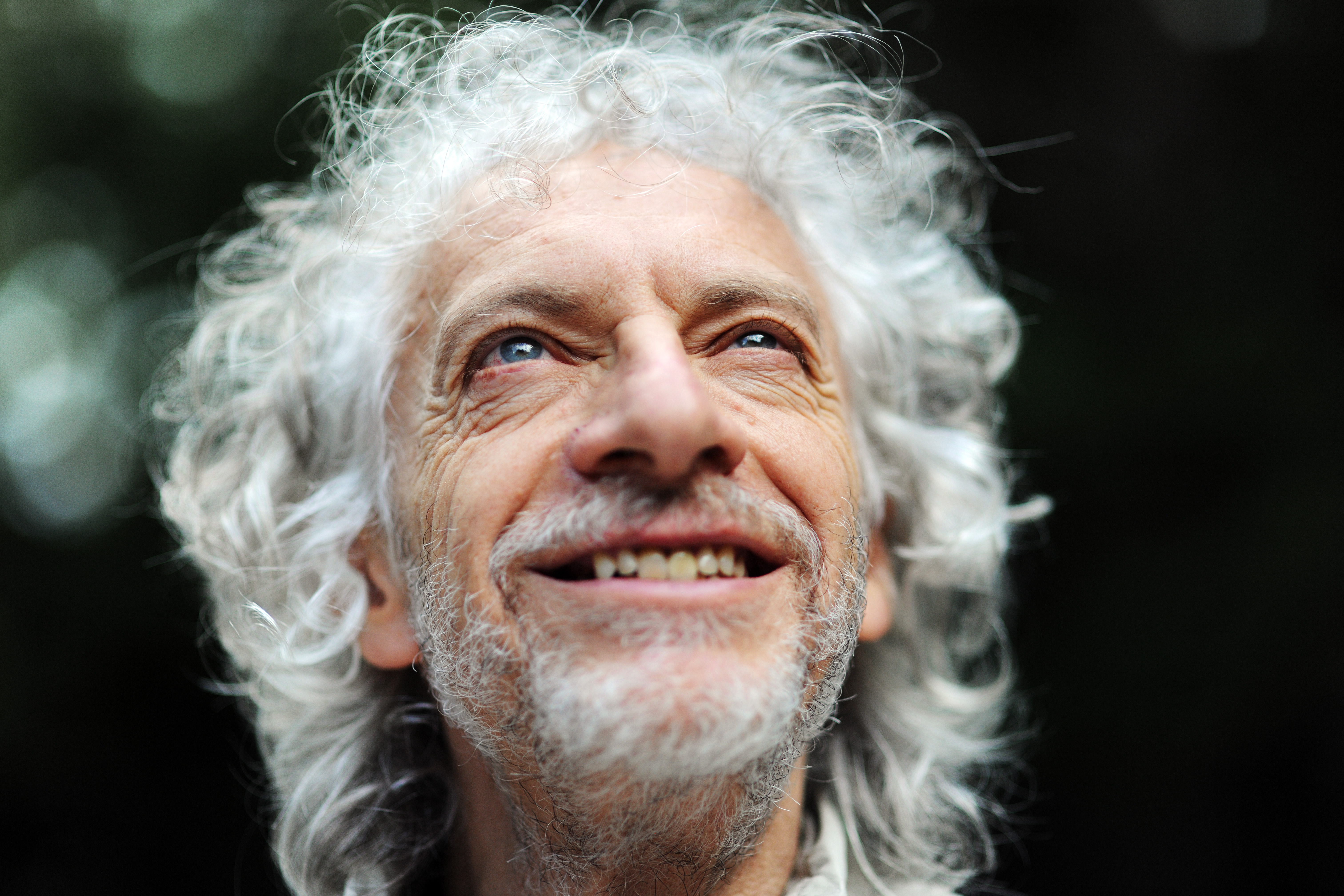 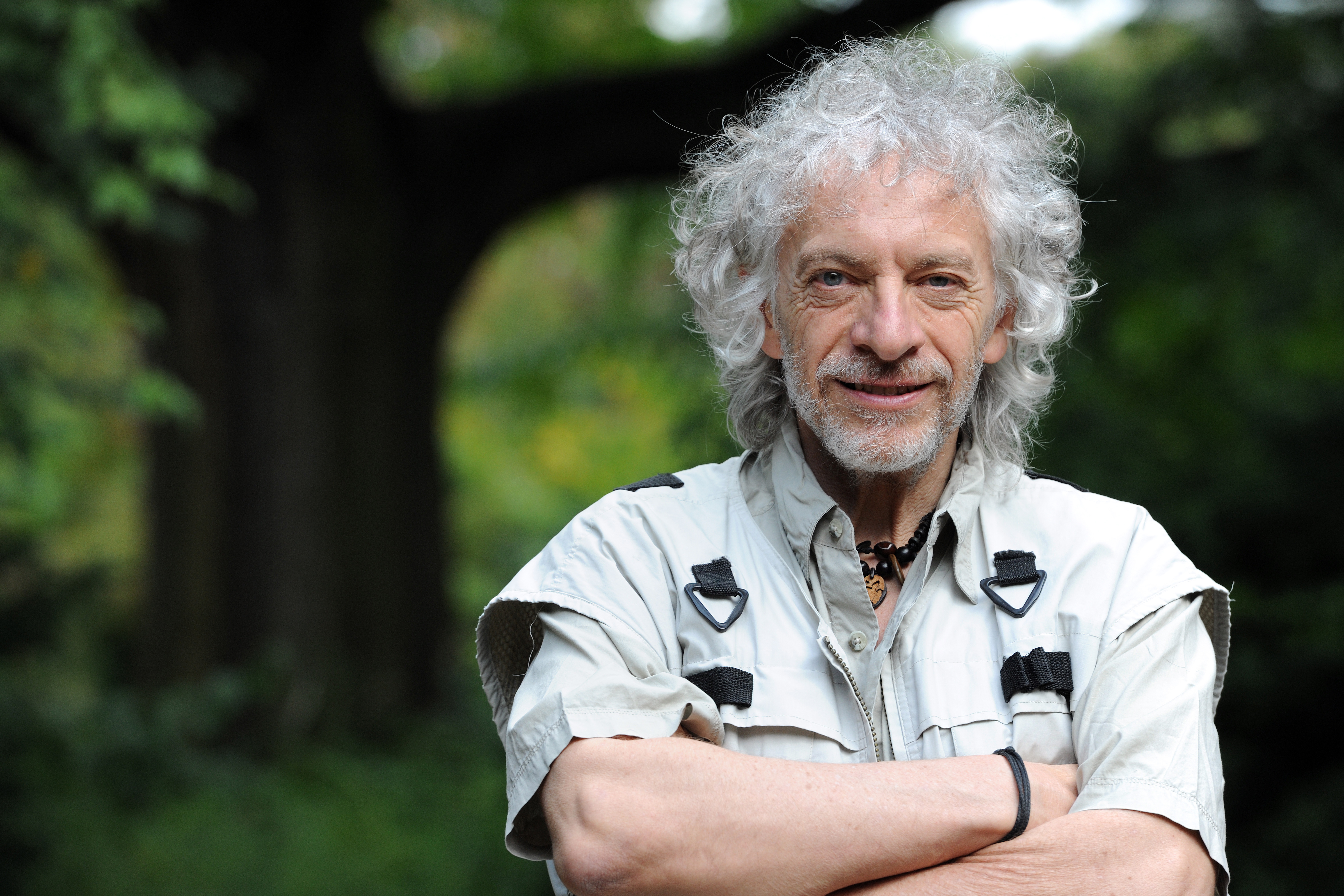 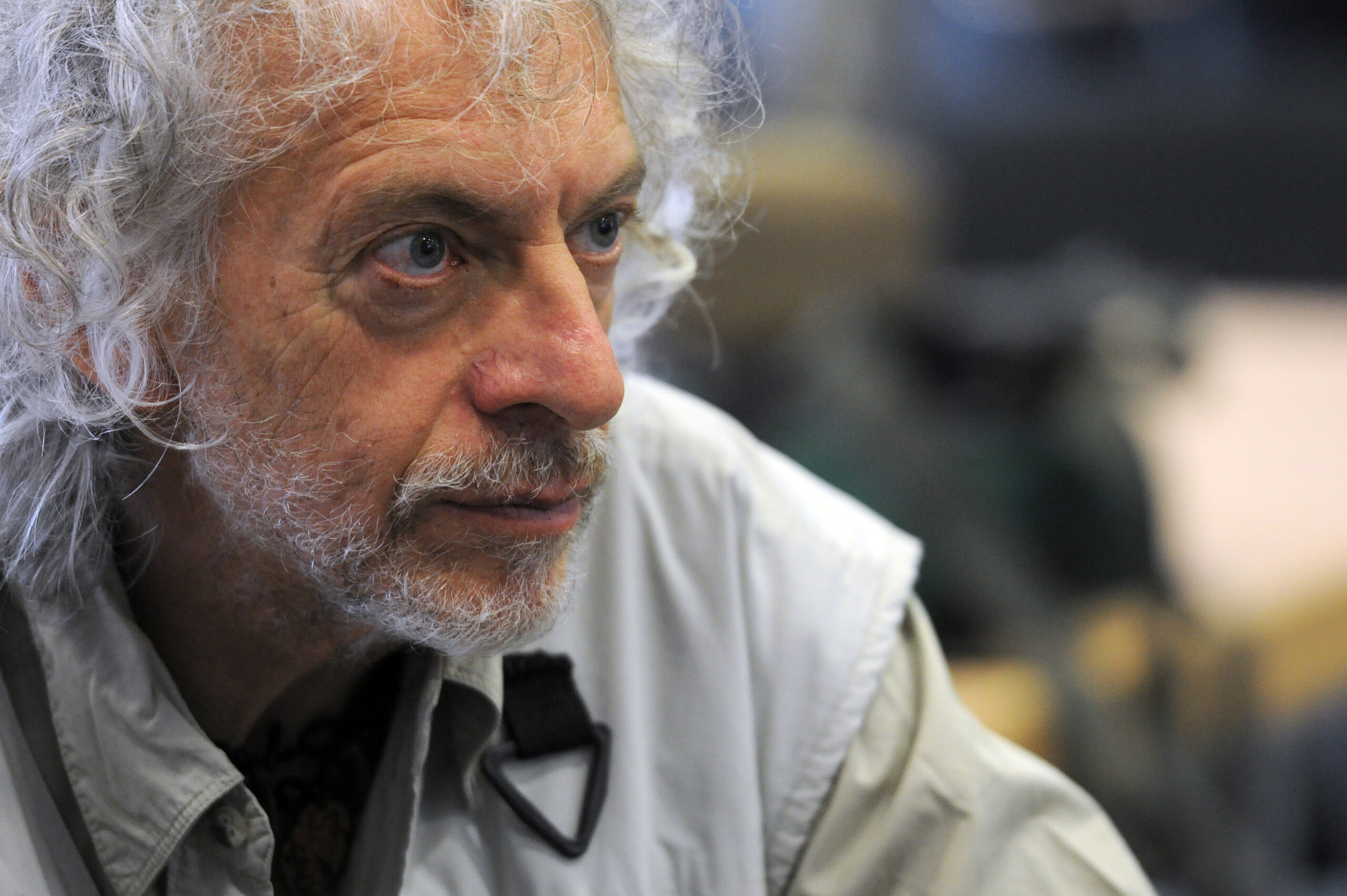 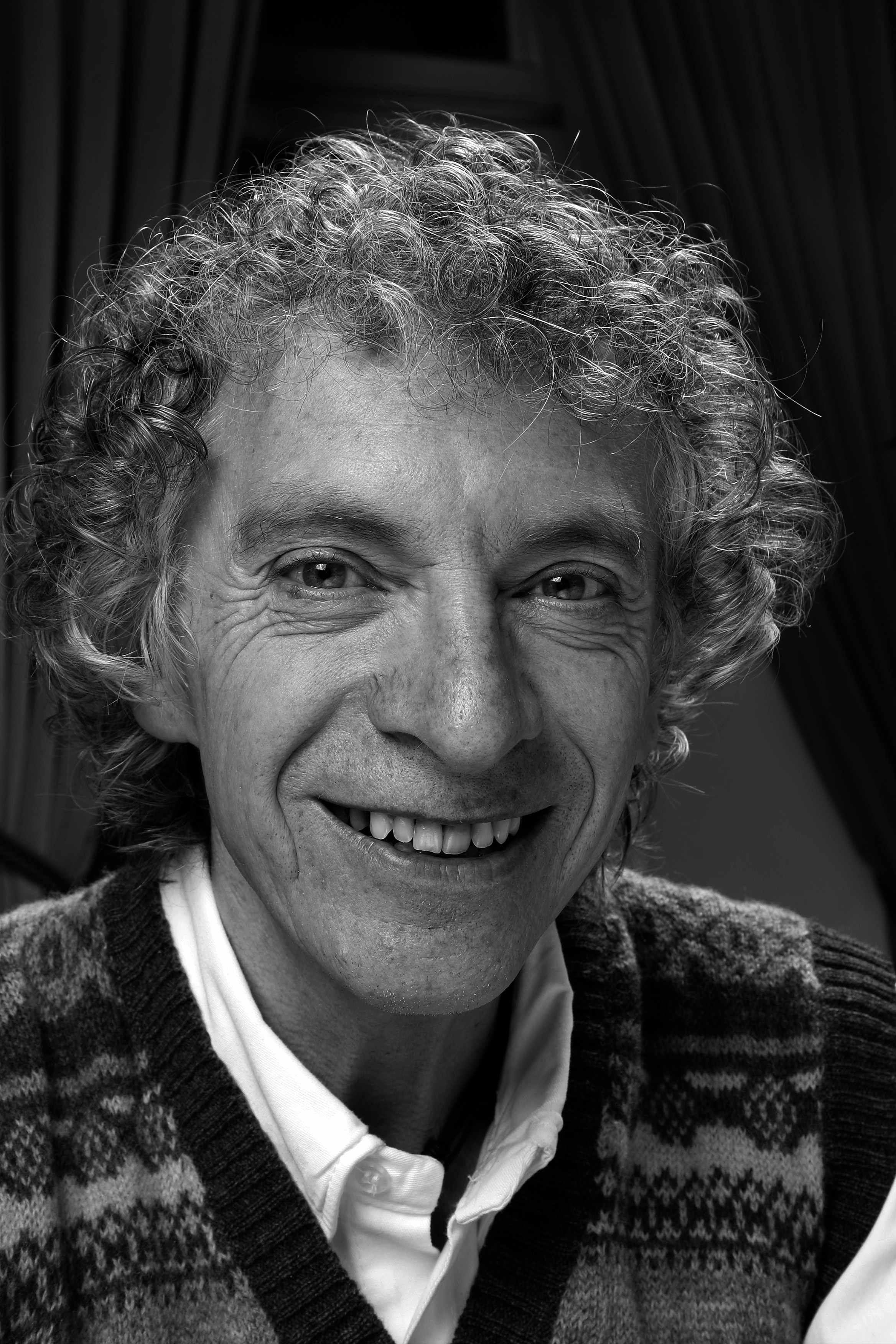 The 1970’s were a decade marked by military, civic and religious dictatorships in the South Cone of Latin America. They heralded in an era of extractivism deepened during the following decades and up to the present. After the darkest years, the young democracies budding in these countries saw a remarkable resurgence of social participation and transformative willingness, before repressed and punished by state terrorism. In Argentina, there was an NGOs-boom during the 1980s.

Raúl Montenegro encountered environmental problems first as a teenager. In the late 60s, he was still at high school in his native Córdoba when he started serving as an assistant researcher at a university, focusing on biodiversity. However, it was some years later when he connected ecology and social suffering.

During his student years, Montenegro received the University of Buenos Aires’ Prize for Scientific Research. It was a scholarship for field research. Having the chance to choose a destination, he decided to go to the North of Brazil. He travelled 17,000 kilometres by bus to the Caatinga (a Tupi word meaning “white vegetation” or dry forest). Three months later, he came back home as an activist.

Montenegro got his degree as a biologist from the National University of Córdoba in 1974. He kept on working as a researcher while assisting the Municipality of Córdoba for a short period in which he established an Ecology department for the city. In 1983, he became Córdoba’s Under-Secretary of the Environment as an independent and non-political member of the first democratic government after the dictatorship. During his mandate, he authored the still-ruling province environmental law (nº 7343). It established Argentina’s first Environmental Impact Assessment requirement for private and public projects. He formed an Environment Council and launched the Environment Defence Brigade of conservation volunteers.

Montenegro created the Environment Defence Foundation (FUNAM) in 1982, an organisation that has been the recipient of the Global 500 Award from the United Nations Environment Programme . During 1986-1988, he was the vice president of Greenpeace Argentina, the first Third World office of the international organisation.

Since 1980, Montenegro has been involved, generally in an initiating role, in an astonishing range and number of environmental issues.

The anti-nuclear activity has been probably Montenegro’s single largest field, which included a successful 6-year campaign to close Los Gigantes’ uranium mine, campaigns against plans for nuclear waste dumps, waste shipments and nuclear releases. The campaigns to stop the construction of a plant to reprocess nuclear fuel  and a Cobalt 60 irradiation plant, along with an initiative to stop nuclear prospecting in the Traslasierra Valley were also successful. He campaigned against the privatisation of Argentina’s two nuclear plants, against the construction of a third and fourth plant, and the import of Canadian CANDU reactors, into both Argentina and Guatemala. Montenegro was also chairman of the campaign against Argentina’s nuclear plan. It involved demonstrations, meetings, articles and exposing the nuclear leaks and accidents, and illegal nuclear testing. In 1998, Montenegro was in Salzburg, Austria, as one of four recipients of the Nuclear-Free Future Award.

More recently, he actively joined the public movement against building a Chinese nuclear power plant in Río Negro province (of the Hualong One type). This project was finally stopped in 2019 by people and NGOs. The local state law now forbids the building of foreign nuclear power plants in the province.

Montenegro has been instrumental in the creation of six national parks and nature reserves. He has prevented car rallies through one of these areas and received death threats for campaigning against building a golf course in another. He has stopped the deforestation of at least 500,000 hectares, campaigned to prevent forest fires and protect endangered ecosystems. He acted to strengthen protections and tighten national trade rules affecting the export of several endangered species of trees.

He has run several campaigns for ecologically prudent water management, clean water provision and against dams. In June 2000, FUNAM achieved the cancellation of the Canal Federal project to move water from two of the poorest provinces to another, which would have benefitted rich properties. After challenging the government on legal and environmental grounds, Montenegro learnt that the project was dropped.

During the last years, he joined several citizens’ groups to fight environmental problems. One of these cases involved Montenegro’s scientific analysis of drinking water, which seemed to inexplicably make residents ill. It revealed a toxic build-up of arsenic and heavy metals in domestic water tanks, many of which had not been replaced or cleaned for 10-30 years. With a new government campaign to ensure that all household water tanks are drained and cleaned, this simple discovery would save thousands of people from debilitating illness and death.

Montenegro strongly contributed with "Malvinas lucha por la vida," the neighbours organisation in the town of Malvinas Argentinas that stopped US agrochemical giant Monsanto from building the world’s largest plant for genetically modified seeds. He has also participated in many successful campaigns against plans to buy toxic waste incinerators and has forced the clean-up of some toxic waste dumps. Montenegro has exposed polluting releases by factories and successfully fought high-voltage lines to be located away from population settlements.

He contributed to drafting a number of environmental laws and has filed more than 40 court petitions against public and private actors for ecological destruction. In all the activities, Montenegro has combined an expert use of science with community-based campaigning, often generating enormous media coverage.

As a professor of Evolutionary Biology at the National University of Córdoba since 1985, Montenegro proposed that the Faculty of Psychology, where he teaches, join the Right Livelihood College network. In 2016, Córdoba became the eighth campus to host the Right Livelihood education initiative linking activism and academia.